By weight, it constitutes an average 60% of the human body (as well as most land-roving animals). It’s a vital nutrient to the life of every cell of our bodies. Decades ago, when I began a path into the realm of massage therapy; I had a tattoo of the symbol Bo inscribed on my inner forearm. It translates to skin of the ocean. A reminder of all that we cannot see below the surface, but feel. For me it is a reminder of the interconnection I have always felt to the profound environ surrounding the islands that formed a nascent me.

Beyond our constitution, beyond physical and spiritual nourishment, we use water to cleanse our bodies and our tools, cook, care for our animals & livestock, and make our gardens grow and flourish.

It comes out of the tap, right?

When we moved onto our land and into our yurt; sustaining ourselves was a work in progress. It continues to be a rather major work in progress. We arrived in May 2014. We began a vegetable garden that same month and flower gardens in June. We began raising chickens in July and ducks in August. Oh, and then winter hit with a polar vortex sometime shortly thereafter. This adds up to needing greater and greater amounts of water, and then greater amounts of water that has a tendency to freeze in unheated spaces.

[Before the move we envisioned installing a RAM pump and drawing water up from the adjacent Keshequa creek. Somehow the pumping system never came to fruition (though I still think it would be a viability.) When you have so much “new” happening it’s difficult to find the resources to research and implement everything that’s needed; especially as a neophyte with next-to-zero mentors to call upon. Not to mention the creek often slows to a murmur come late summer, early fall. There seem to be many such projects that have fallen to the wayside as we triage the day-to-day business at hand.]

The week we arrived on what we have affectionately given the moniker “yurtland”, my brother-in-law left us a few jugs of water from his well. It lasted us a few days. We were set to be living here for the so-called foreseeable future. So, we began hoisting water up out of the creek in 5-gallon buckets.

Hoisting water up via ropes

Food for the garden

Additionally, we set-up one, then two, then three rain barrels on our porch to harvest rainwater from the yurt’s roof.
Water used for drinking is filtered through a Big Berkey system. That used for bathing is boiled. Water for our gardens is treated with Shacklee’s Basic H. Water for the various animals has both Basic H and raw apple cider vinegar added.

We were feeling content and accomplished and a sense of self-sufficiency now. Humility? Welcome the freezing season. Our toes froze, our composting toilet froze; water —everywhere— froze. Have I mentioned before, anywhere in this blog, that we do not have a basement, and we live in Zone 5? It was in my sights when I dreamed up the building plans, but alas it got zapped due to financial concerns and codes. A regret. A very large regret only made by people that already have a cellar and do not appreciate its vast value.

Winter = frozen. We have hammers and small sledgehammers next to buckets and basins during white-season; we pound through daily thickenings of ice to conserve water that has retreated from the harsh western NY air.

We resort to driving the family pick-up truck to our business office in-town every few days to fill 5-gallon buckets and jugs with water — lugging and stacking them inside the yurt. Easy.

Soon enough we learned to move the rain barrels inside and fill them with the town-water for greater storage. (And then there are the soon inevitable tiers of birthing rabbit cages to prevent hypothermic kit death…) A small space becomes smaller. We like to call it cozy. 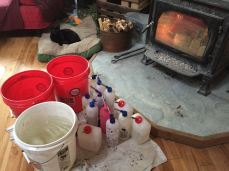 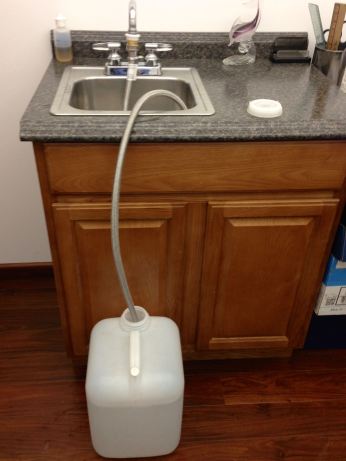 The summer of 2015 brought with it goats and rabbits and much more water lugging. The adventure of all this went fairly well until an August draught arrived and our thirsty gardens demanded a great deal of hoisting from the creek. Up went a 300-gallon tank atop a 7-foot pedestal to gravity feed the plants and us. 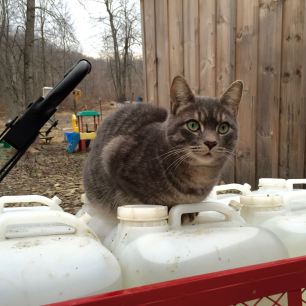 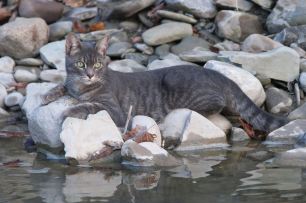 And so the tank miraculously fills with water that I turn on from a pressurized garden hose, right?

I thought, oh well, I’ll just run the portable generator and connect a sump pump that we had laying around to fill it from the creek. The pump could pull that far laterally, but not vertically. We ended up investing in a semi-trash pump to get the, sometimes murky, water the 10 feet up, 30 feet over and 10 feet up again to the tank. Success: stored water for the garden, the animals, and us — flowing from a gravity-fed hose.

The summer of 2016 brought more goats and rabbits and more chickens and ducks, and a few idyllic skittish sheep. Water. Its transport and filling and attendance to many basins stretched the limits of time on already full days. Thus began a blooming of water catchment systems, troughs and gravity-fed floats. 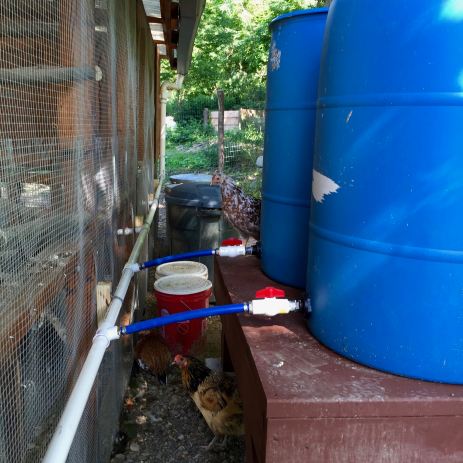 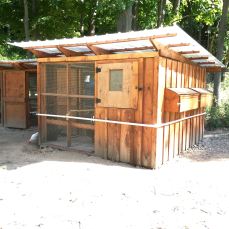 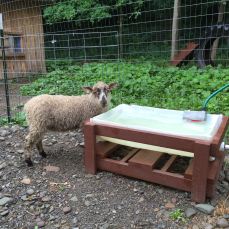 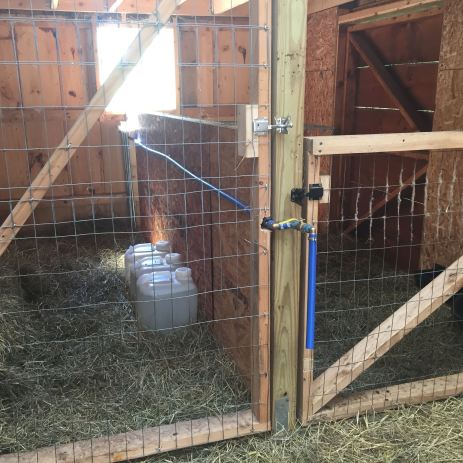 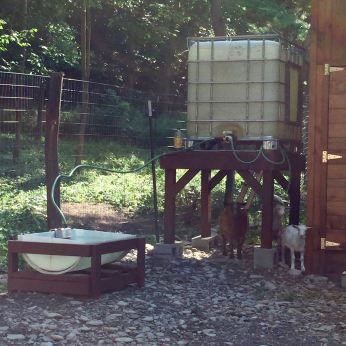 This, with enough lines of tubing to fill all the tanks via the semi-trash pump during dry spells, has brought much ease and peace of mind — for three of the four seasons. All those systems are rendered useless once the winter freeze sets in and it’s back to hauling town-water and stockpiling inside the yurt.

But January 2017 marks a major shift. We have running water inside the yurt! 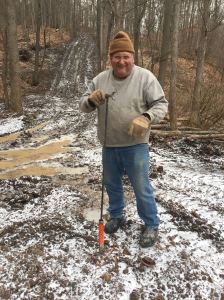 Bill Turning on Water from the Pond!

At long last, a family-friend finished excavating a pond high in our upper field and connected its lines down into our plumbing. Albeit cold, and perhaps a wee silty, but flowing from our sink taps! Joy. Soon enough we’ll have a propane-fired hot water tank connected, and then a real bathtub/shower. My father tells me this might encourage more visitors… but heck that bleeds into other stories that spill into community, hygiene and electricity…